Today, the sun finally dared to come to the westernmost point of Denmark. Now that it is November and we have had so many grey, overcast and rainy last days, it is a rare and welcome guest in Blåvand. But that is how it should be, because today was Sebastian's last day here in Blåvand, and tomorrow he is going home to Copenhagen. He feels a little sad, but at least he can look forward to a champagne brunch with his friends in Copenhagen. He also had a Morning Obs with quite a few migrating little passerines. The highlights included eleven Common Crossbills (Lille korsnæb) and six Parrot Crossbills (Stor korsnæb). He also spotted a Great Northern Diver (Islom).

The ringing was also quite good today. And imagine who we had in the net today: Jonas said he had been waiting for it every day lately. And after Sebastian and he spotted two in the bushes, it finally happened today: a Siberian Chiffchaff (Sibirisk gransanger) went into a net in the lighthouse garden. Jonas called it out on Zello, then the little guy was ringed and the measurements taken. 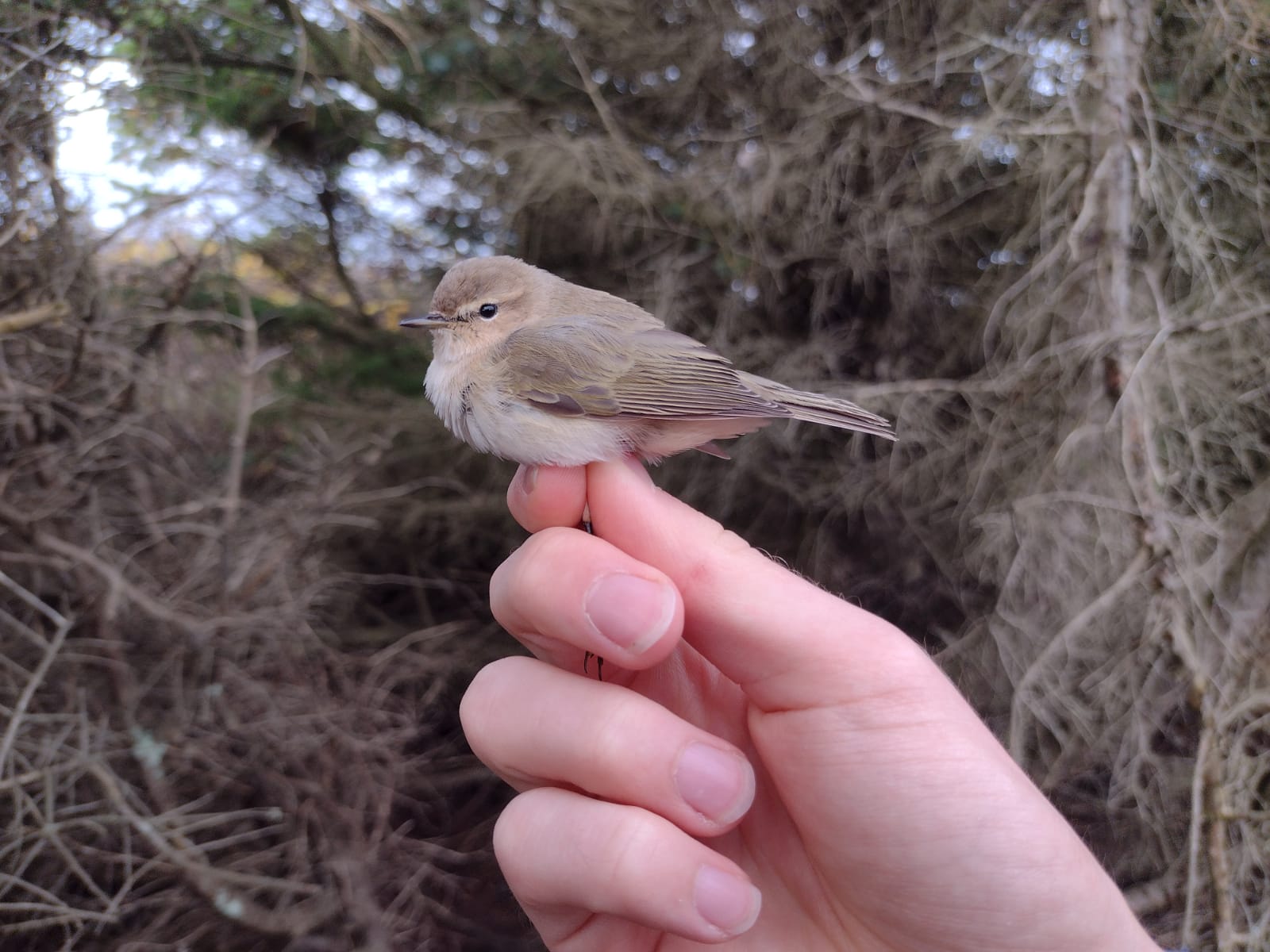 Siberian Chiffchaff (Sibirisk Gransanger)
Afterwards a little photo session and off into the wild. He settled down in a hedge at the edge of the lighthouse garden, so we could watch it through binoculars for a while. A beautiful place, this lighthouse garden - on the next round we found it again in one of the nets. In the meantime we had met Sebastian at the station, he was back from the Moning Obs, so Jonas called him so that he could also observe the Siberian Chiffchaff at close range. Then it was finally off to freedom.
Todays ringed birds:
Goldcrest (Fuglekonge): 4
Siberian Chiffchaff (Sibirisk Gransanger): 1
Robin (Rødhals): 3 (one new, two recaptured)
Wren (Gærdesmutte): 3 (one new, two recaptured)
Chaffinch (Bogfinke): 9
Scovspurv (Tree sparrow): 1
Bullfinch (Dompap): 1
Blackcap (Munk): 2
Great Tit (Musvit): 1
Blackbird (Solsort): 2
Dunnock (Jernspurv):1 (one recaptured)
Total: 28 (four of them recaptured)
This afternoon we did not go birding. Bent had come at noon and a little later in the afternoon Svened Aage also came with a nice little Orthello cake. 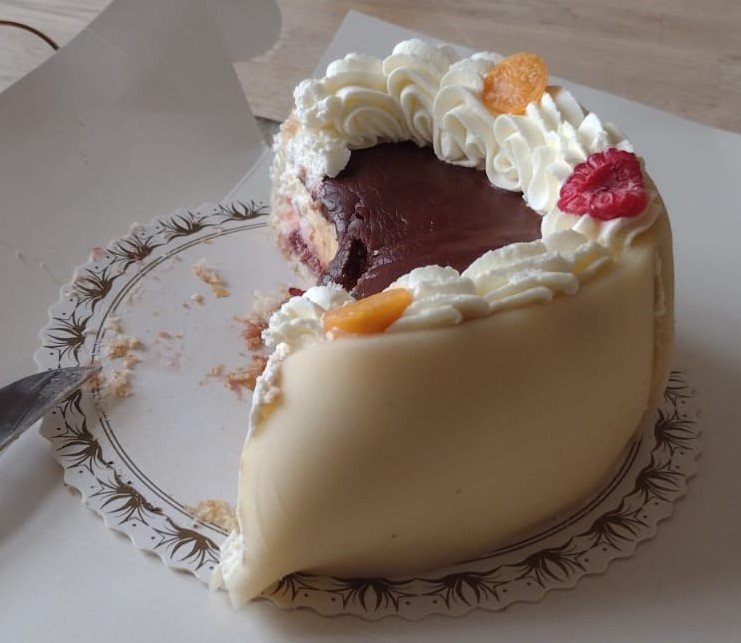 We ate it together, then had a talk with Bent and Svened Aage about our time at Blåvand Bird Station. The last evening together with Sebastian had to be celebrated. So Bent invited us to a farewell dinner at "The Eatery" in town. John Frikke also joined us at the restaurant.  The hoped-for 35 birds from the list of 100 that Jonas and Sebastian wanted to see this autumn were not reached, however - still 31. And yet it was still a good autumn season with many birds and also some rare ones. There must be something to look forward to next season, Sebastian! Jonas and I still have a few days - although the 35 will certainly not be reached by then. Anyway, I haven't set myself such high goals and I am looking forward to seeing some more common birds in the nets. Maybe a few more Bullfinches (Dompap)? I think that should be possible...
See you all tomorrow!
People at the station: Bent Jakobsen, John Frikke, Svened Aage Clausen, Sebastian Thorup Hansen, Jonas Pedersen and Hanelie Sidhu